1. Crystal Waters
Still waters, moving waves, a fall …
Water brings life …
Be still with it, flow with it, do not try to hold it in your hands

2. Presto
Harnessing the power of water.

5. I Will Sing Your Praises
His love for you and me.

It is said that once, in the middle of giving a homily, he left the pulpit and disappeared into the sacristy to jot down some music. The congregation was puzzled. When Vivaldi was asked to explain himself to his cardinal he simply answered that surely this music was a divine inspiration since it was given to him right in the middle of mass.
The cardinal asked to have the music played to him and was so moved that he relieved Vivaldi of  having to lead mass to give him more time for composing.

10. Geh´ unter der Gnade
Whoever you are, whatever you do, nothing takes away the grace of God

11. Dreams Do Come True
Dick Le Mair: “Indeed, though this is only a small thing, a dream that has come true …
Not so long ago I had this dream, I was in a place where lots of people were singing.
It was in a church.
Not protestant or catholic or anything like that, just a congregation of people singing …
And they sang this melody.
I woke up, got out of my bed in the middle of the night and wrote down this melody.
If you listen to it you hear a dream that did come true …”

12. Allegro
Water and time are flowing, exuberant and beautiful beyond ending ages.

14. The Glow Remains
Things to remember, things to enjoy … 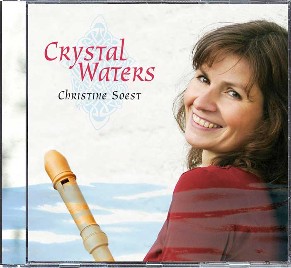 Mixed and mastered at EGS Studio